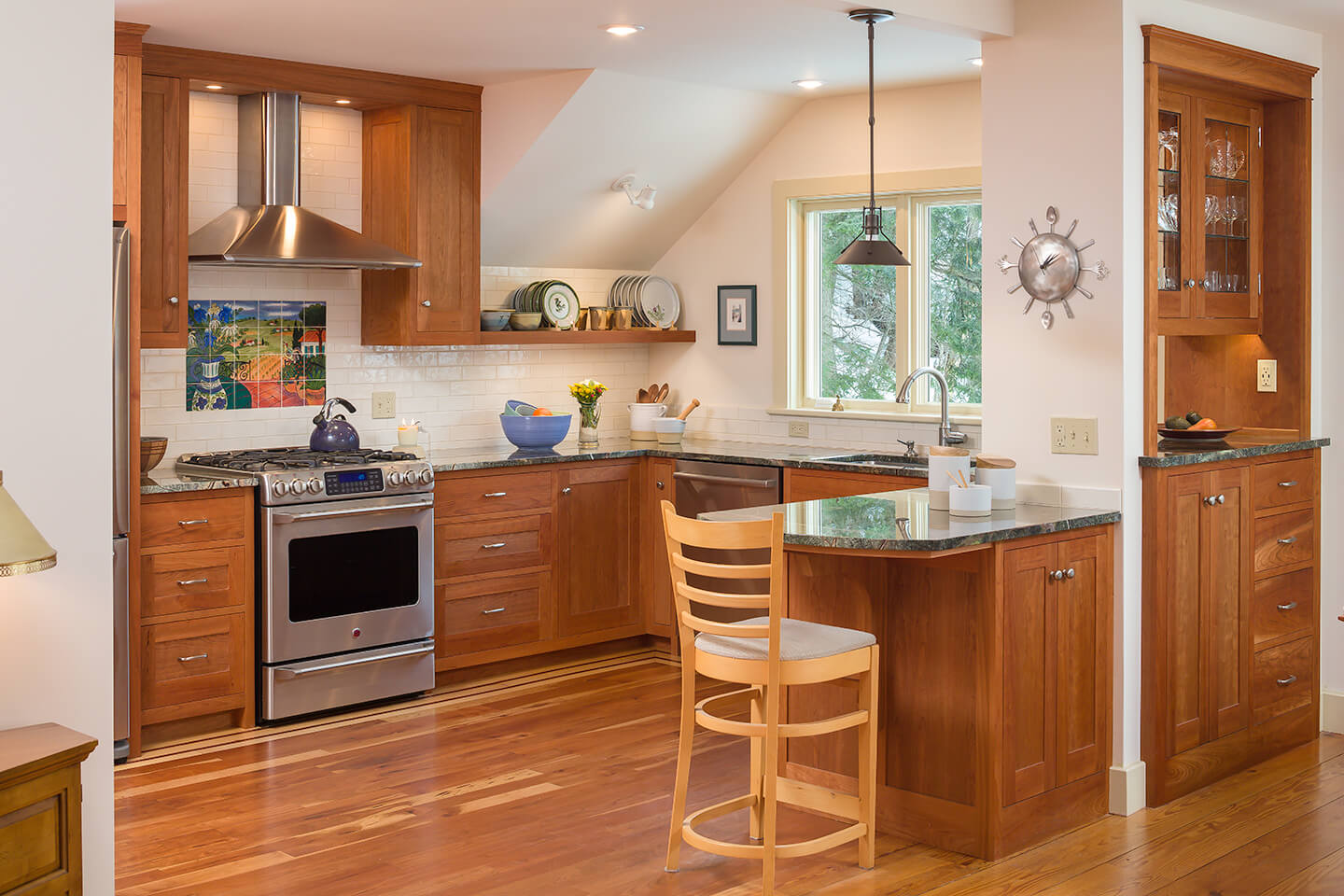 The Beauty of Small Details

“The way I work is I like to get a picture of something, then back into the details. That’s how Aharon works. I would ask him a question and 15 minutes later, I knew all about the counter surfaces or types of tile I was considering. That’s what I need. It’s extremely valuable to find someone who is willing to spend that kind of time helping me learn. When a contractor comes in, he naturally wants to know where you want something, but the project at my house expanded to the point where I needed more guidance and support.

Aharon listened well and understood where I was coming from. He took the time to find out the types of things I LIKED, instead of trying to force me to choose the kind of things he liked. That was phenomenal. Before I met Aharon, I was losing my courage and losing the energy I needed to see through a project that started small, but quickly became very large. He brings a lot of energy and enthusiasm. I loved his energy and his taste—not necessarily because it’s exactly the same as my taste—but once he zeroed in on where I was coming from, he was able to go right to a few options vs. overwhelming me with more choices.

The finishing features, like the knobs in the kitchen, are just perfect. People walk in and see the knobs and say, ‘Oh my god, these are great!’ And I tell them that they are from Aharon’s showroom, and I know they pull everything together because he guided me towards things that would be appropriate and complement the work from the other craftspeople.

I was also really impressed with the lengths he would go to find the right solution. I made a really bad choice at first on the countertop surfaces, and I was in tears. My contractor knew I wasn’t happy, and suggested Aharon could help. Aharon said, don’t worry, there are plenty of other people we can go to. He drove down to Connecticut to look at this granite for me and said, ‘You’re going to like it.’ I didn’t lay my eyes on it until it came into the house and he was right—it makes the space. It takes a lot of trust to give somebody that kind of control, and Aharon has definitely earned it from me.

At the time, I didn’t know he did other things too. I found out he does window treatments, and he came over and I got the exact thing I needed. And then I found out they did upholstery and I got these cushions recovered. It seemed like every time some little thing came up that I wanted and asked, he’d say, ‘Oh we can do that.’ I think I still don’t know the depth of everything Aharon and Gilberte Interiors can do, but I know that if he doesn’t do something, he will find me someone who can, because he has his finger on the pulse of the best craftspeople and the best products for my needs. And it’s been a great friendship that we have developed.”